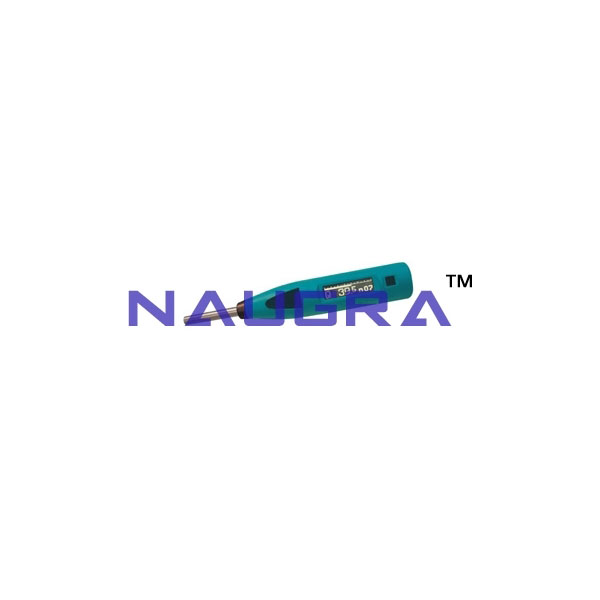 Concrete Test Hammer It consists of a barrel in which is housed a hammer mass attached to an impact spring which slides on a guide bar.

A plunger is attached to the guide bar which is pressed against the surface to be tested.

Concrete Test Hammer for Civil Engineering from Laboratory Equipment Manufacturers India - As the piston is pressed against the surface to be tested, on reaching the compressive strength, the hammer mass is released and rebounds to a certain extent (according to the strength of the surface) which is indicated by a rider on a calibrated scale.

A lock button fixed on the body of the hammer locks the rider in place and the rider can be recurred to zero position by using the same button.

The equivalent compressive strength can be computed from the chart supplied.

Each hammer is calibrated against at standard test hammer, and is suitable for specimen of compressive strengths 100 – 700 kg/cm.

The instrument, complete with a grinding stone for polishing the test surface, is supplied in carrying case